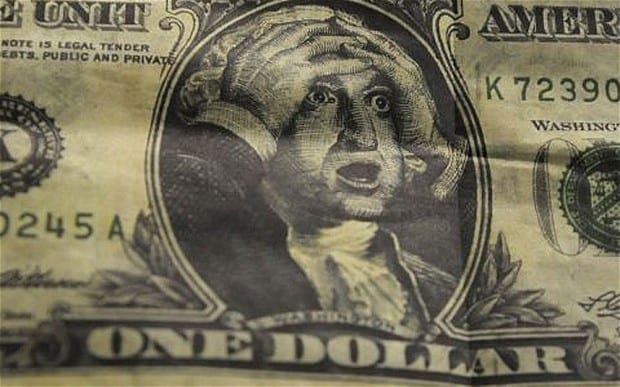 The senior economist and chief market strategist of Euro Pacific Capital, Peter Schiff says the collapse of the dollar is inevitable in the face of soaring government debt and the Federal Reserve’s loose monetary policy – making way for gold to reign supreme.

Schiff says that the Federal Reserve is trapped in a situation of its own making, and while externally dismissive of the prospect of soaring interest rates, internally the outlook may be different.

“Powell fancies himself part of the Biden administration… so he can’t say I think we’re going to have really high inflation, because then what is the Fed going to do about it?” said Schiff. “You better raise interest rates, you better shrink your money supply. You better stop financing all of these stimulus bills. So in order to validate their easy money policy, Powell basically has to say that any increases we experience in consumer prices are a temporary experience and transitory and don’t worry about it, but I don’t think that’s the case at all. What I think we are seeing now is the beginning of a very, very big acceleration in US consumer prices.”

Schiff – who called the last economic crash long before other industry experts – compares rising prices to the sub-prime mortgage crisis. Predicting that a “tsunami of inflation” is on its way, he says, “How does [the Fed] fight that inflation without bankrupting the U.S. government? The answer is it can’t. My thinking is, if it can’t fight inflation without bankrupting the U.S. government, it won’t fight the inflation, which means it bankrupts the public because it destroys the value of the dollar.”

A weaker dollar is good news for gold and often cited as fuel for a record bull run. Buy now to capitalise while you can.