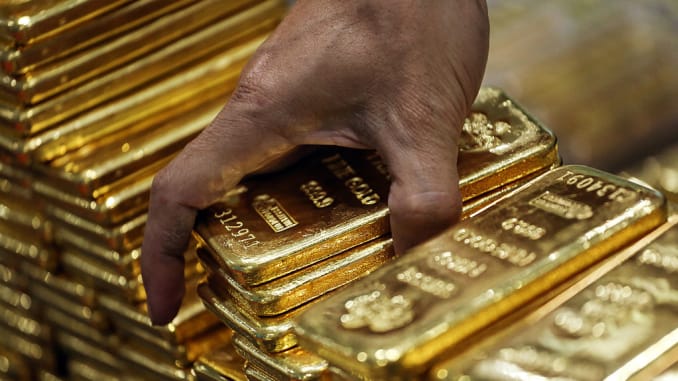 Illustrating just how quickly things can change at the moment, it looks like the world’s stock markets are taking a downturn once again after being rocked by more job loss data and poor economic performance predictions.

Although we have seen the pendulum swinging back up to hopeful in previous days with some solid market performance and an apparent increase in risk appetite, that has now flipped and gold has risen to the fore once again as a premium safe haven.

Yesterday’s weekly job losses report showed that almost three million additional claims for unemployment were filed in the United States – while this is a smaller figure than in previous weeks, and quite a way below the 6.86 peak recorded for the week ending 04 April – it takes the total number of job losses as a result of the coronavirus pandemic up to a total of 36.5 million. This, coupled with the dawning realisation that recovery will be a long, slow and likely painful road has meant for shaky market conditions – something which favours gold.

When trading got underway on Thursday, the S&P 500 benchmark index was already down 1%. The FT says, “The data offered evidence of continuing deterioration in the US labour market in the face of the cascading shutdowns that have hit many businesses across the country — and dashed hopes that the pace of lay-offs would rapidly subside after the initial shock.”

MUFG chief financial economist Chris Rupke says the prognosis is things will get worse before they get better noting, “Economic growth might get a boost from pent-up demand, but the labour markets have dug themselves a deeper hole that will be harder to climb back out of.”

Adding to these woes, and further boosting the appeal of gold, is growing concern that a dispute over responsibility for the coronavirus pandemic will reignite the China-US trade war. Despite initially praising China, President Trump has been increasingly vocal in his criticism of the country’s handling of the outbreak. This week it emerged that he had blocked a pension fund for retired federal employees buying shares in Chinese businesses and he has said that the US may seek compensation from China for the emergence of the pandemic. Last week he compared COVID-19 as an attack akin to Pearl Harbour or 9/11.

The FT reports that the US Labour Secretary’s letter to the pension board also cited some advisors as saying there was a “possibility that future sanctions will result from the culpable actions of the Chinese government.”

Clearly, this dispute isn’t going to go away anytime soon.