An unprecedented level of US government debt spells gains for gold 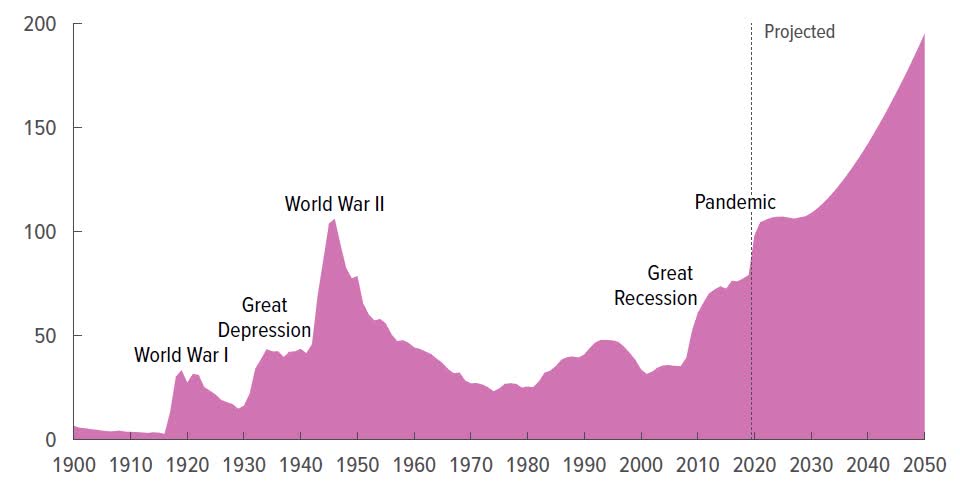 An unprecedented level of US government debt is nothing but great news for gold with historical data suggesting that a surge in the precious metal’s price could be underway.

Author and industry expert Richard Mills says that gold prices are being hemmed in right now due to climbing bond yields – something he says will only be a factor for now. He says that proposed infrastructure spending along with other pandemic stimulus measures could send government debt sky high, which history shows us would prompt a surge in gold.

He said, “The US government has already spent £3.23 trillion ($4.5 trillion) on pandemic-related relief, helping to boost the national debt to £20.15 trillion ($28 trillion) in under a year. In October 2020, the debt zoomed past 100% of GDP, for the first time since the Second World War, but that was just the beginning.

“The Congressional Budget Office (CBO) is projecting that with all of this year’s spending, the national debt in 2021 could balloon to £25.19 trillion ($35 trillion)! And that is before adjusting for fiscal stimulus. There is a historically close correlation between gold prices and debt to GDP. The higher the ratio, the better it is for gold.”